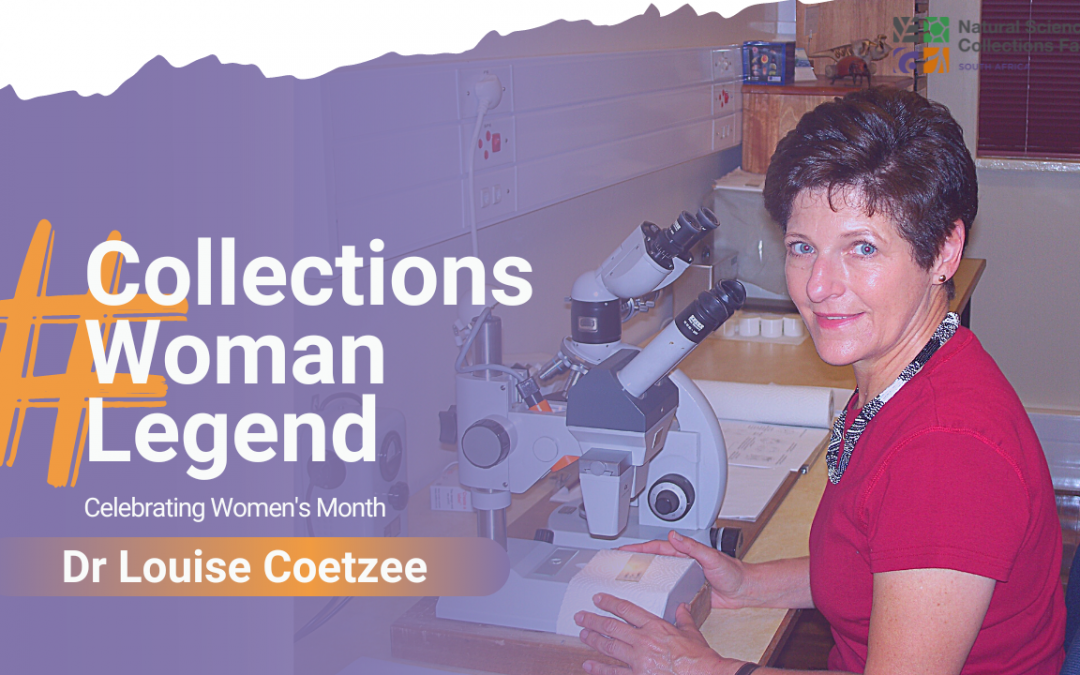 When I started working at the National Museum, Bloemfontein in 2006, I came from a purely ecological background of invertebrates, and had very little knowledge of the taxonomy of soil mites. The head of the Acarology department at that time, Dr Louise Coetzee, made all the difference in building my career as an oribatid mite taxonomist.

Dr Louise Coetzee worked at the Museum from 1978 until 2017, as a scientist and later head of department. She published over 30 scientific papers, describing five new genera and 36 new species of soil mites. She collaborated with scientists from Japan, United Arab Emirates, South Africa, Iran and Germany. One genus and five species have been named after her. Even after retirement, she is still active in research, and has just submitted a manuscript in collaboration with a scientist from Iran describing a new genus and species.

A funny story: When I got married to a Coetzee, it posed some confusion when we published, as me and Louise would both have been ‘L. Coetzee’. Therefore, I opted for a double-barrel surname: Hugo-Coetzee.

She has done so much more for the Museum than publish papers. She was also responsible for the acarology collection for many years and has taught me how to care for the collection (she shared many stories of packing and repacking vials and topping up approximately 25 000 vials with alcohol every few years!). She was also head of the public relations and marketing committee, editor of the Museum’s popular journal, member of the exhibition committee and completely transformed and modernised the Museum’s website at the time.

Louise was truly my mentor, not only in teaching me everything I know about soil mites, but she also ingrained in me a loyalty to and a love for my workplace, and to go out of my way to promote the Museum. She also taught me that it is never too late for anything – she obtained her PhD at 63 years of age (a time when other people are slowing down for retirement).

Thank you, Louise, for being a legend in our field, and for being a woman of integrity and passion.

Submit your story by emailing Fulu at fulufhelo@nscf.org.za, or via WhatsApp on 0728822332.