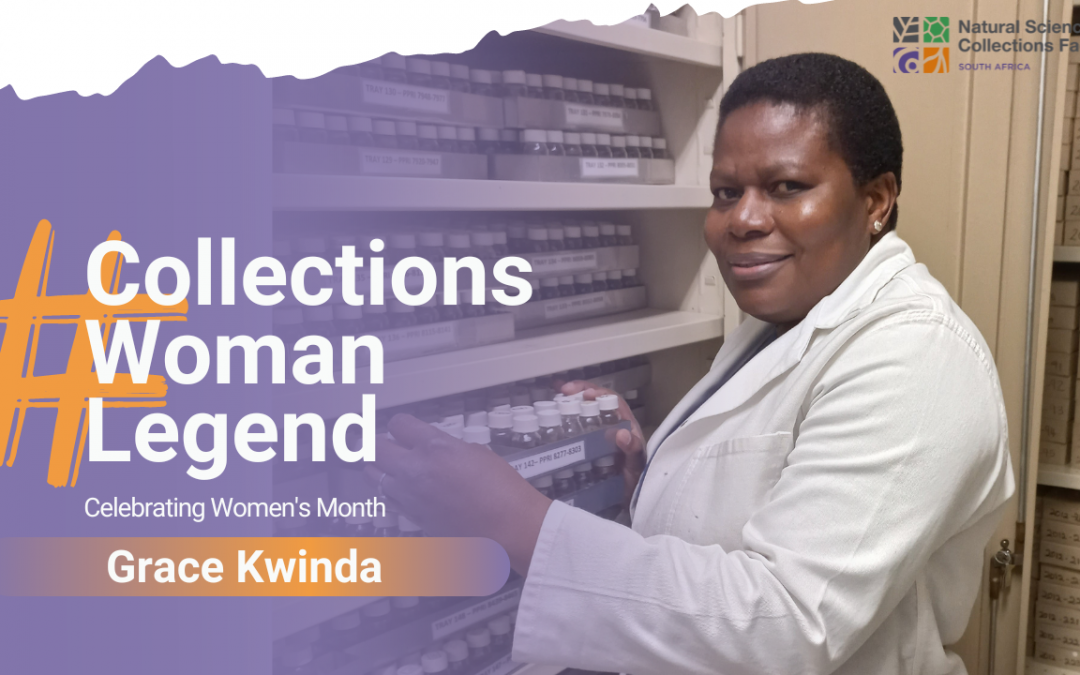 Just as the collection that she manages has its roots at the southern tip of Africa, so has Grace Kwinda grown up close to the land. Grace was born in Venda and graduated from the University of Venda in 1999. Shortly after she joined the National Collection of Fungi, then situated at the foot of the Union Buildings at Vredehuis in Pretoria (House of Peace). There she took on the task of managing the PPRI living Fungal Collection.

I joined the unit 2 years later and has had the privilege to call Grace a close colleague since then. Not only did she obtain her MSc degree in 2015 from UNISA, but she has also been the force behind the PPRI living Fungal Collection growing from a mere 6000 strains when she started to 33 000 strains today.

All the curation, staff supervision, interns and students training, and client requests are her responsibilities. All of these are done with skill, empathy and diligence.

Despite this large workload, Grace always has time for people. All the students and interns leave the collection not only having gained scientific knowledge, but also life skills.

She is passionate about empowering young people and her training is always done in a manner that they can relate and grow. Her interpersonal skills have had a great effect on the team spirit in the unit as she has had the insight to accommodate different age groups, cultures, skills base and personalities to serve as a soundboard for me, always honest, kind but just.

It’s a privilege to serve as the curator of the National Collection of Fungi, a true South African and African first, and to have a colleague that has shared that passion with me!

Submit your story by emailing Fulu at fulufhelo@nscf.org.za, or via WhatsApp on 0728822332.