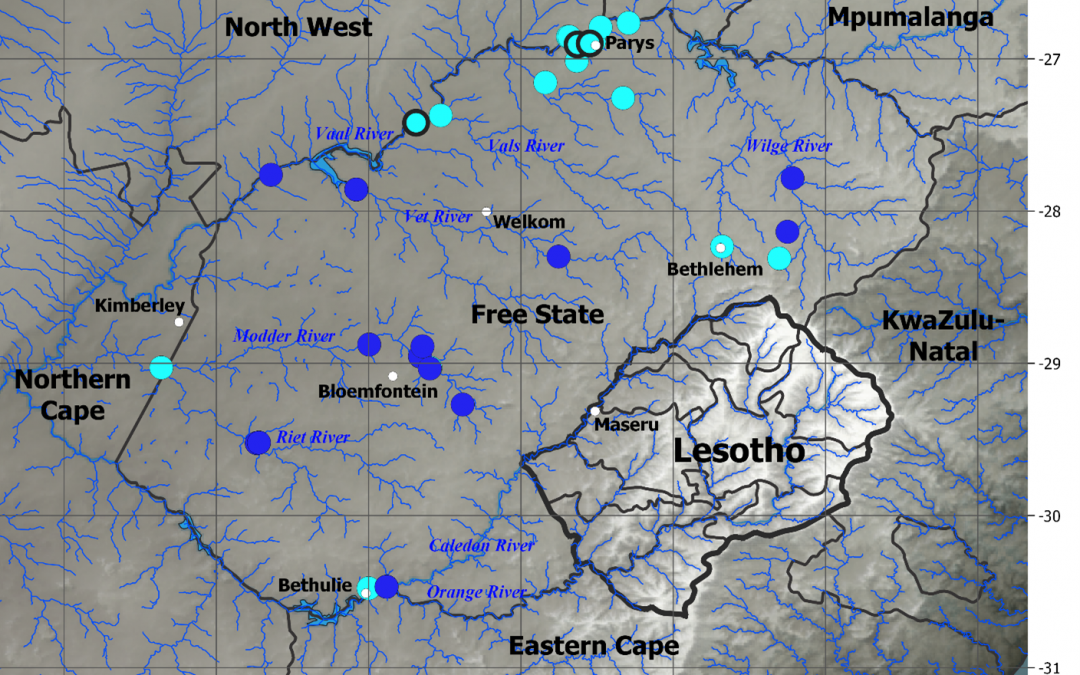 We currently have a good working knowledge of the reptile and amphibian species found in Free State Province, South Africa. However, to a large extent this is based mainly on surveys conducted in the 1970s (De Waal 1978, 1980a,b). This means that our current understanding of what species occur here and where they may be found may be outdated, particularly as anthropogenic activities have become more prevalent over the last few decades. Increases in agricultural farm use and urban development may lead to displacement of species or potential range expansions or contractions as prey becomes more or less abundant, or where species become more persecuted.

In our project we aim to update our understanding by using citizen science approaches to gather information pertaining to occurrence of any and all reptile and amphibian species in the Free State. We have created a Facebook group, Free State Reptiles and Amphibians (including adjacent areas and Lesotho) (https://www.facebook.com/groups/FreeStateHerps) which we use to promote and gather photographic or videographic records of reptiles and amphibians in the Free State. The identities of the species are verified by us before the observers are contacted to validate locality information, and these records are then stored in a database. Records are plotted on maps together with historical records (based primarily on National Museum specimens and literature records) to identify both the contemporary and historical distributions for each species. This can be used to investigate whether a range shift has occurred.

Photographic or videographic records are shared to the Facebook group in an educational manner to inform the general public about the species they may be observing. We also post our distribution maps to the group as part of the citizen science process so that contributors can see what their photographs or videos were used for, and how valuable these records are for scientific investigation. As an example below we have a distribution map of the Water Monitor (Varanus niloticus) in Free State Province which we published in Quest magazine in 2020 (Stobie & Bates 2020. One can easily see that there is little overlap between historical records (dark blue) and contemporary social media records (pale blue). This information is the first step towards a better understanding of current distribution and the processes that may be affecting it.

Background of collection focused on/used: The National Museum’s herpetology collection was formally established in the early 1970s when the Department of Herpetology came into being, but specimens of reptiles and amphibians had been housed at the Museum since the 1930s.

Literature records are shown in dark blue while new records are shown in pale blue and are separated into Facebook records (no edge) and other online records from iNaturalist and Flickr (black edge). This map was produced using QGIS (QGIS Development Team 2020) and Natural Earth (free vector and raster map data @ naturalearthdata.com). The Rivers of Africa project from the Food and Agriculture Organisation of the United Nations (FAO) (http://www.fao.org/geonetwork/srv/en/metadata.show?id=37333&currTab=simple) was used to add additional rivers to the map. The Global Multi-resolution Terrain Elevation Data 2010 (GMTED2010) (Danielson & Gesch 2020) was added to provide an elevation layer.