The story of the discovery of the Taung Skull 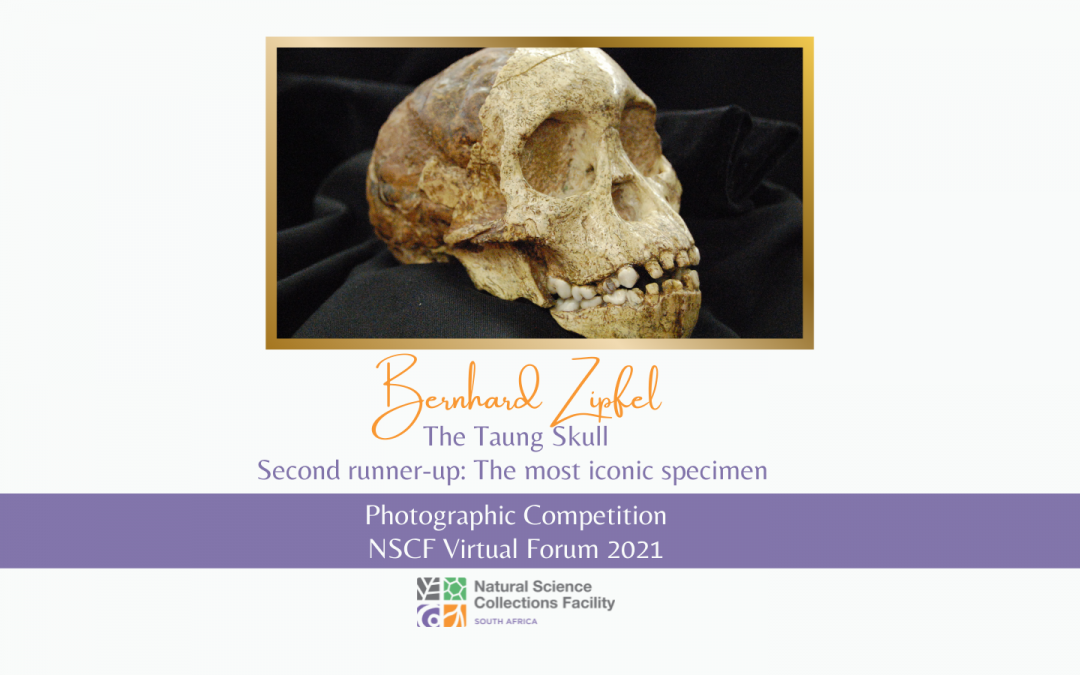 Taung is a village situated in the North West Province approximately 80 km North of Kimberley. In 1924 Taung was the site of a limestone quarry. Limestone has many different uses. For example, it is used in the manufacture of concrete, the purification of water, and the extraction of gold. Limestone is of great interest to palaeontologists because it sometimes contains fossilised animal bones.

In the 1920’s Taung was a specially interesting site because fossilised baboon skulls had been found there. One of these skulls was sent to Professor Raymond Dart, head of the Anatomy Department, of the Medical School at the University of Witwatersrand. Professor Dart asked if similar fossils found in the future could please be sent to him. In 1924, Mr de Bruyn, one of the quarrymen at Taung did uncover more fossil skulls. He found one specially interesting skull which he thought belonged to a young bushmen. Mr de Bruyn gave the fossils to his manager Mr Spiers. A few weeks later a geologist visited Spiers. This was Mr Young from Wits University. He saw the fossils in Spiers’ office and suggested they be sent to Professor Dart. Spiers had the fossils packed in boxes and sent to Johannesburg.

It was Friday 28th of February and Dart was preparing for the wedding of his friend and Dart was going to be the best man. The wedding was to be held at Dart’s home in Melrose, Johannesburg. Just before the wedding the fossils arrived. Dart dropped everything and unpacked the fossils. He discovered the fossil brain cast of the Taung Skull. He saw that it was special and wanted to start working on it. His friend had to drag him off to wedding. As soon as the wedding was over Dart was back working on the skull. The rest of the skull was still imbedded in the rock, so he carefully started chipping away at it with a hammer and chisel. He worked on the fossil for about 23 days and on the 23rd of December uncovered the skull completely. Dart decided that the skull was of a young child of an animal species that may have been the missing link between humans and apes. In other words they could have given rise to the first humans via evolution. That would make this species the ancestor of all humans. Dart decided to call his discovery Australopithecus africanus (the southern ape of Africa).

The Star Newspaper of 3 February 1925 published the first report about the Taung skull. The Scientific Journal ‘Nature’ (Nature is one of the worlds top scientific journals) published the first scientific article about the Taung Skull on 7 February 1925. At first scientists in Europe were convinced that the Taung Skull was not a ‘missing link’ between humans and apes. They already had early human fossils from Eurasia. They felt that it would be far more likely that such a ‘missing link’ would come from Europe or Asia. They said the Taung skull belonged to a young ape. This made it seem more human than it really was. They argued that as the Taung Skull grew older it would have looked more and more like an ape. Lastly, they already had a ‘missing link fossil’ called Piltdown Man (which turned out to be a complete hoax). This fossil skull had been found in England. It had a big brain and ape teeth. The Taung Skull had a smallish brain and teeth that were almost human. Only in 1936 when Robert Broom found another adult australopithicine at Sterkfontein did the scientists change their minds and say that Dart might be right. Today scientists believe that he was right. Many other early human and australopithicine fossils have been found in Africa. Scientists have proved that the Piltdown Man fossil was a hoax made up of a chimp jaw and a human skull. So it seems that Africa and perhaps even South Africa is the cradle of human kind, a place where an ape called Australopithecus once walked.