Celebrating Un-Extinction: Sometimes They Come Back 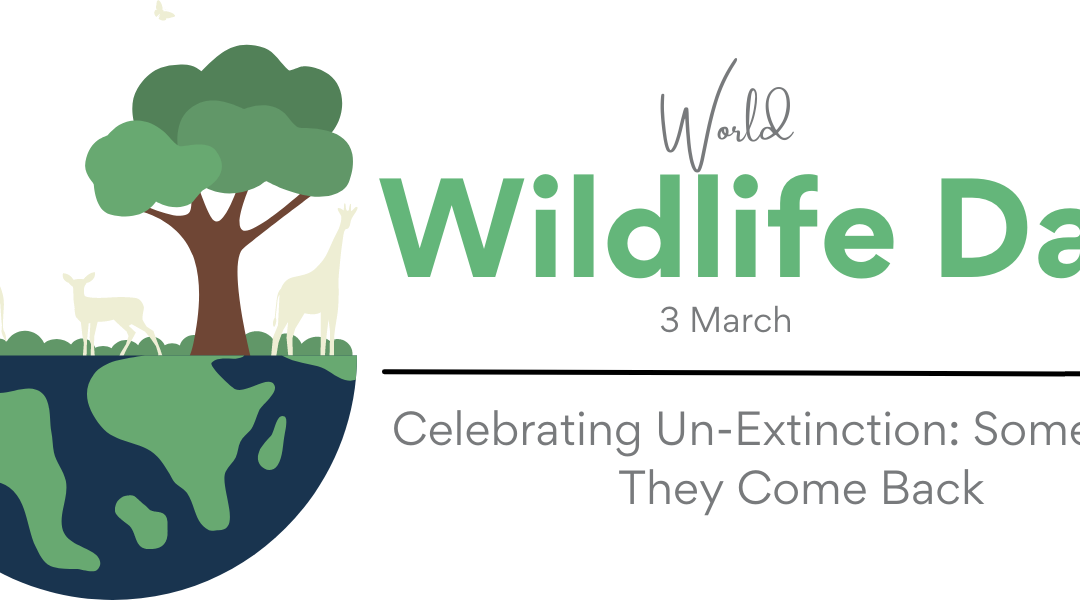 South Africa has an estimated 100 natural science collections at approximately 40 institutions – museums, herbaria, universities, and so on. Together, they provide over 18 million objects or specimens representing about 100,000 different species of plants, animals and fungi, assembled over the last 200 years and representing life on Earth since its origins.

Of course, we still have a lot to learn about life, and there are new species being discovered every day. From tarantulas to tetrapods, from horseshoe bats to bristle worms, hardworking researchers find and describe and catalogue new organisms, and make the world (as we know it) a bit more wonderful at the same time.

But mostly, it works the other way around.

Far too many species are only known from a label and a type specimen or a fossil, and perhaps a line or two in textbooks and pop culture – like the dinosaurs that used to rule the world (many of which are housed at the Evolutionary Studies Institute at WITS) and the more recently vanished dodos (a full skeleton of which has spent a century at the Durban Natural Science Museum).

In fact, according to data from the International Union for Conservation of Nature (IUCN) Red List of Threatened Species, over 8,400 species of wild fauna and flora are critically endangered, while close to 30,000 more are understood to be endangered or vulnerable – and over a million species may be threatened with extinction. Continued loss of species, habitats and ecosystems threatens all life on Earth (including us).

World Wildlife Day is a chance for us to reflect on what that means, and in 2022 that’s being done under the theme “Recovering key species for ecosystem restoration”.

But sometimes – very rarely, and only if we’re lucky – we find that species we thought were gone forever aren’t quite gone yet. Occasionally an organism believed lost is miraculously rediscovered – the so-called “Lazarus species”.

Here are a few of those resurrection stories, courtesy of the Natural Science Collections Facility, a network of South African institutions holding natural science collections.

The Hover Fly That Went Missing For A Century Or So 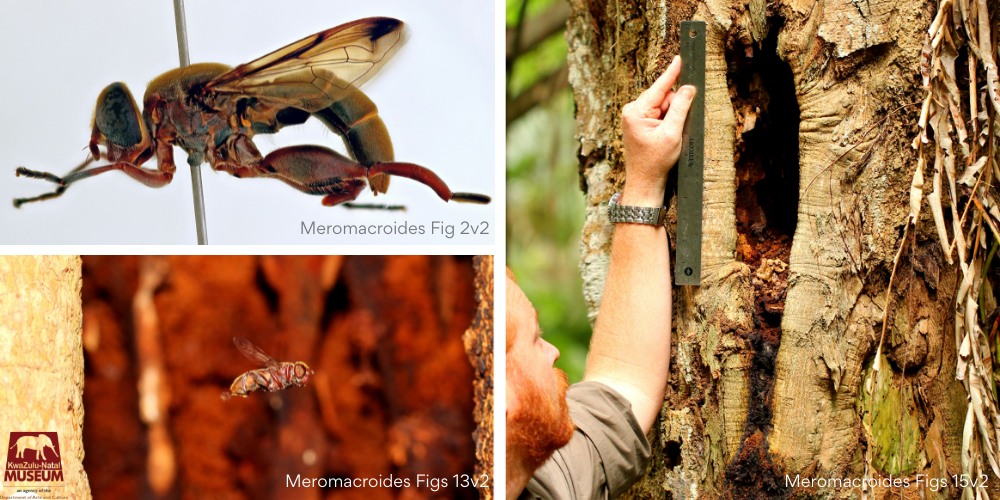 We know very little about most insects, probably because there are so many species out there. Scientists are still busy discovering new species of insect, and some estimate that over 90% of

the animals on Earth are insects! Naturally, some of these species are very rare, so rare that we do not even expect to see them when we do fieldwork. While collecting insects in King Cetshwayo District Municipality last year, Dr John Midgley (KZN Museum) and Dr Terence Bellingan (Albany Museum) collected three strange-looking flies. After identifying them, it turned out to be the first time in 160 years that this species had been found in South Africa!

Popping Up After Fifty Years – The Long-Lost Horse Fly

Another insect that hadn’t been seen for a while was collected on a field trip to Umtamvuna Nature Reserve on the south coast in October 2021. What was this unusual find? A horse fly specimen that was last collected in 1971! The species, Tabanus albilinea, was last collected from Port St John’s in 1971. The length of time between collecting this specimen and the previous ones is most likely due to a lack of collecting, rather than the fly being absent during this time. Hopefully further collecting will provide valuable information about the seasonal variations in several species of horse fly that are important vectors of disease. 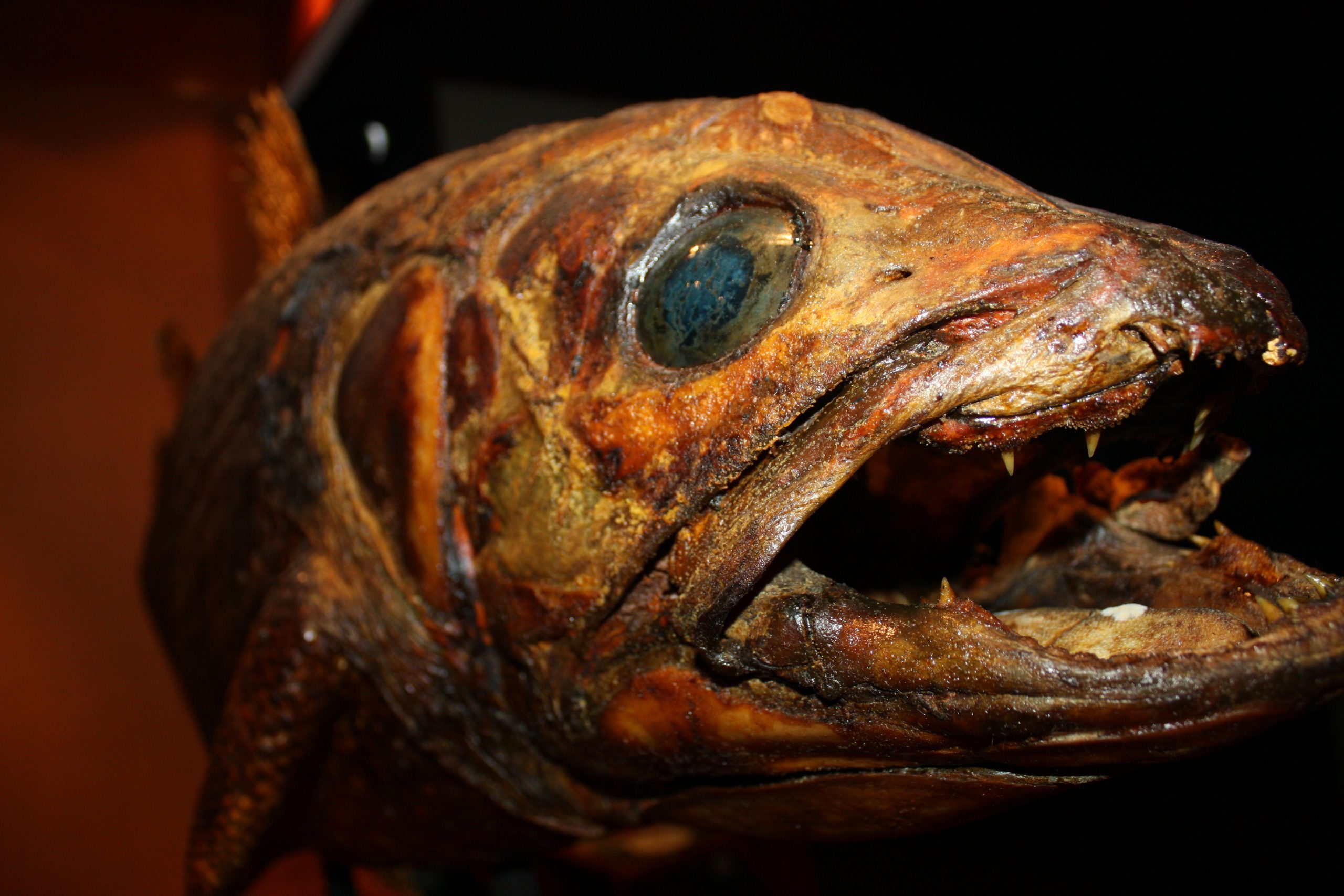 Probably the most famous living fossil of all – the coelacanth was known from fossils dating from about 360 million years ago and was thought to have gone extinct about 65 million years ago. In 1938 a specimen was caught by fishermen off the Eastern Cape coast and the Captain of the trawler notified the curator of the East London Museum, Miss Marjorie Courtney-Latimer. She recognised it as being a living version of a group of fishes only known from fossils. The living species was described by Dr J.L.B. Smith and the discovery has continued to create interest amongst evolutionary biologists ever since then. The first specimen discovered is now on display at the East London Museum. Since then, several specimens have been found, and scientists have had the chance to study an intriguing fish that’s older than dinosaurs – older, in fact, than vertebrate life on land, and that may help us understand that transition better. “Old Four Legs” put the East London Museum, a relatively small provincial museum, on the world map. This is the museum’s most-viewed specimen and the one for which the East London Museum is (perhaps) best known.

Find out more about the weird, wonderful, interesting and iconic specimens in South Africa’s natural science collections at https://www.endangered.org/campaigns/endangered-species-day/. And read up about the research projects that have contributed to our understanding and conservation of Earth at https://nscf.org.za/resources/the-value-of-natural-science-collections/.