Hi, I’m Talia Krishanlal and I am a biodiversity intern at SANBI. At the age of 16, three months before I entered my matric year, my dad, a police officer had attended to an armed robbery and was fatally shot. He was the bread winner of our household and my best friend. 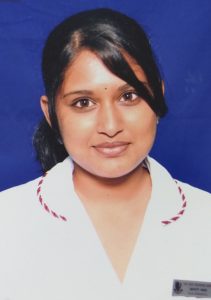 When my world crashed around me, I had to use the memory of him as an inspiration to complete my schooling and ended up at the end of it all, with an Honours in Biological Sciences.

University was no walk in the park. There were good days and bad ones. Days when the work overflowed, and the sleepless nights and stress did too. But through it all I never gave up.

Then I reached a point where expenses came along, and I could not keep studying; I needed to find a job. Newly graduated, I thought it would be easy as applying for the ad. But, that was not the case. Six months after graduating I was beginning to feel like there was no hope. In that very same week, two potential employers had contacted me and now I was between picking which one was best for me. I always wanted to pursue a career in science.

Out in the field taking photographs of plants

Through every hardship I used the most tragic event in my life, my dad’s passing to fuel my fire. I kept trying.

If you are passionate about something, keep moving forward, even when it might seem all hope is lost. Never stop believing in yourself, know your worth and never settle for anything less. Do not compare your life to anyone and just do you. You can be the tortoise or the hare in the story, but just know they both got to the finish line. Run your own race!